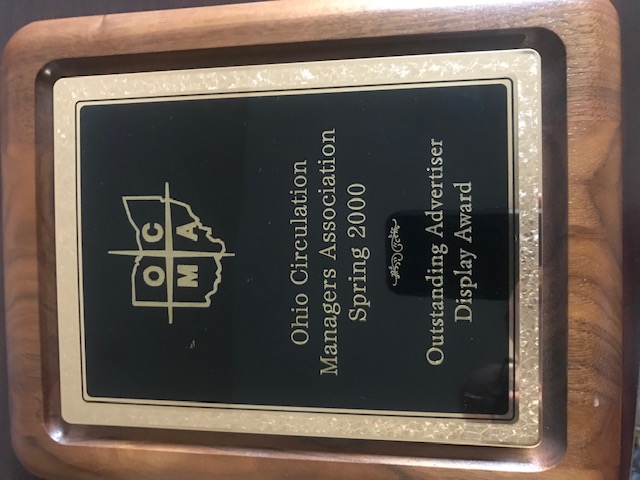 It's Throw-Back-Thursday! A surprising, and greatly appreciated, recognition!!  Steel City Corp. was, at the time, unaware that OCMA presented such an award at their conferences. What a great honor!!  In 2000, the OCMA was still hosting two conferences a year. The 2000 Spring event was held in Dayton followed by a conference in Toledo in October, 2000. That year would be the final year OCMA hosted two conferences a year. The plaque hangs in our conference room at Steel City Corp.!

Tags: fellowship, idea sharing, networking
« Back to Been There Saw This
"Thanks for going the extra mile of accommodating my request. I have always had great customer service from Steel City even though I am a small and infrequent customer."
Tom Grote, Editor & Publisher
McCall, ID
The Star-News